Kabir and Zara reunite under turbulent conditions and end up in a cage. Meanwhile, neither the police nor Shahbaz believe Imran and Sakina when they say Zara is alive. Miraj reveals how he framed Zara and challenges Kabir to prove her innocence within the next 18 hours. In trying to stop Miraj and Wasim from thrashing Kabir, Zara says she is ready to do anything.

Kabir and Zara put up a brave fight and escape. They enjoy the taste of freedom until they end up back in Miraj’s clutches, and the Imam reveals himself to be behind their disappearance. Later, a troubled Zara requests Kabir to find out whose body was buried in place of hers. Inspector Pandey helps them identify the girl.

Zara and Kabir, along with Ayesha, Imran and Reema, visit Qazi for his verdict on the status of their divorce. He states that although the second phase is indeed complete, the situation can be salvaged by them spending a night together. Later ZaBeer spend a romantic time together. 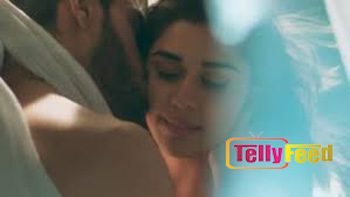 Kabir gets a distress call from Rukhsar. She tells Kabir that she is in jail in Dubai and faces the death sentence. In Hamdan’s house, the Ahmeds learn that Hamdan has been murdered. The next day, Hasib arrives at the Ahmed house with the police and has Kabir, Shahbaz and Zeenat arrested for conspiring in Hamdan’s murder.

A desperate Zeenat makes Kabir swear on the Quran to save Rukhsar at any cost. Zara and Kabir share an emotional farewell. In Dubai, Kabir gets wrapped up in a bureaucratic tangle that hinders him from meeting Rukhsar. An anxious Kabir fails to notice that someone has been observing his activities.

Rukhsar confesses to murdering Hamdan. On learning this, Zeenat grows hysterical. Kabir uses a recording of his conversation with Farhan and Armaan’s influence to re-open Rukhsar’s case in court. The inspector tells Kabir he cannot petition for Rukhsar’s case to be reopened in court as he is not her blood relative. However, he adds that Kabir’s only shot at saving Rukhsar involves marrying her. Will he?

While Rukhsar dresses up for her wedding, Kabir is confronted with his inner self, who questions his decision. The marriage ceremony begins, and Kabir has still not gotten through to Zara. At night, Rukhsar makes strong advances, but Kabir sternly warns her to keep her distance.

Rukhsar is declared guilty and receives the death sentence. Before the death penalty is meted out on Rukhsar, Kabir, with the Qazi’s permission, tries to convince Maqdool’s parents to let Rukhsar live.

Everyone is elated to see Rukhsar and Kabir, but the secret of their marriage still lingers. Rukhsar tells her friend in Dubai, Rumana, to send across the marriage certificate. Later, Rukhsar almost spills the secret to Zara, leaving Kabir more torn and frustrated.

Kabir sneaks out to visit Zara in a salon, and the secret marriage continues to torture him. Simultaneously, Rukhsar receives a parcel by courier but is devastated to see the contents. As the wedding comes to an end, Shahbaz announces some more good news.

Zeenat foils Rukhsar’s attempt to drug him. Rukhsar swears to destroy everything, while Zeenat vows to not let anybody come in the way of the newlyweds’ happiness. Meanwhile, a vengeful Rukhsar cuts the power supply and douses one of the rooms in gasoline, hoping to burn down the entire house. However, Zeenat knocks her unconscious and foils her plan. Blissfully oblivious, Zara and Kabir consummate their marriage.

Zara remains speechless as Shahbaz reads out Rukhsar and Kabir’s marriage certificate. The truth is out, and Zara’s world comes crashing down.

Rukhsar finds and wears a pair of earrings that Ayesha had passed on to Zeenat. Shahbaz gives Kabir renewed strength, whereas Zara gives him the cold shoulder. A cheerful Rukhsar adds fuel to the fire by telling Zara she and Kabir spent a night together.